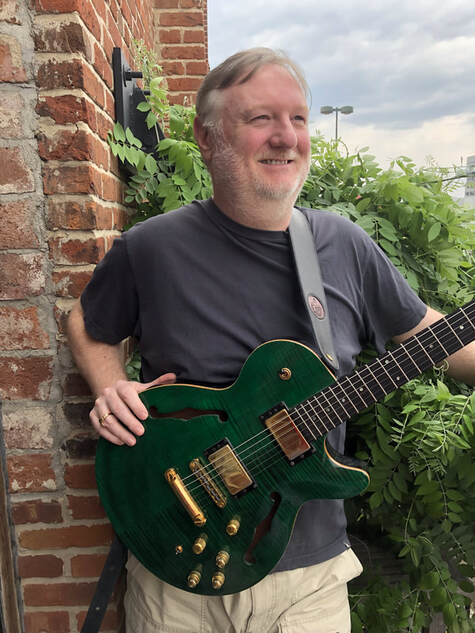 Summer 2021. Denver, CO
I grew up in Melrose, MA playing the violin in elementary school. Stayed with the violin until middle school where I got my first acoustic guitar. I started taking lessons from Bill Harmon at Sarrin Music School in Wakefield, MA. Bill taught me until he had suggested that I meet his guitar instructor Mike Turner of Woburn, MA. While studying under Mike Turner I was a part of a few band ensembles. Playing Hard rock music and playing gigs at the University of Lowell. Writing music for an alt rock band and getting air play at Salem State College radio. Playing in a country rock band and touring the North east market from Maine, New Hampshire, Rhode Island and Connecticut as well as Massachusetts.  During all of this time I have been working and writing music with Mike Turner in his home studio. Together we created several songs and demos. As work I taught at the Melrose Music Shop under Scott Beckwith. (Currently now owned by Steve Pina, another former student of Mike Turner). There I helped Scott endorse his line of custom guitars from Birdsong Guitars. Scott was able to build for me 3 guitars. The “Dewey Double Fusion”, The “Dewey Bass-ic” and a customer 9 string guitar (modified Peavey t-60 guitar). I also started to build my own label called Dew Syn Sounds (formerly Sky Kid Laboratories and Kokopelli Syntax Sounds). Here I have recorded several albums for copyright sales and purchase. Since then I have moved to Colorado and re-established my studios in Denver, CO. I have been making instrumental music which I am now making available for purchasing and streaming. Dewey Bass-ic sales add from Birdsong Guitars
Circa 1998; Where it all began
Online promotion

Dewey Bass-ic (recorded on all albums) 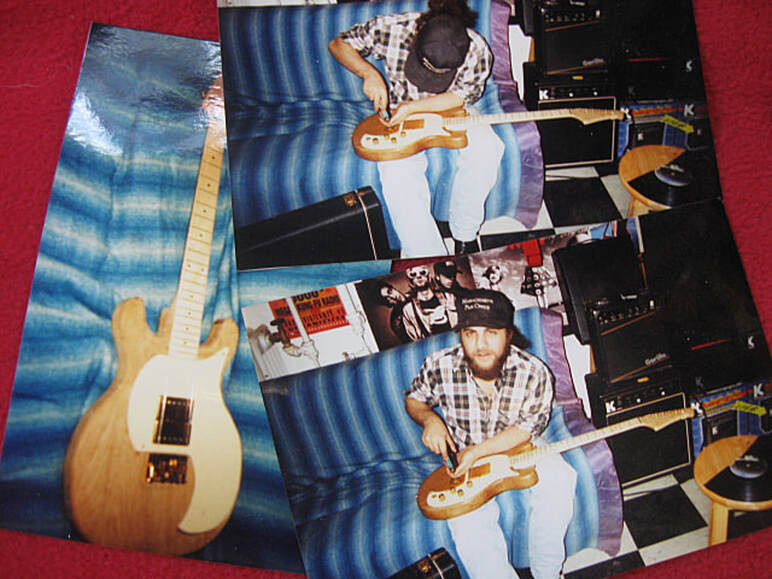